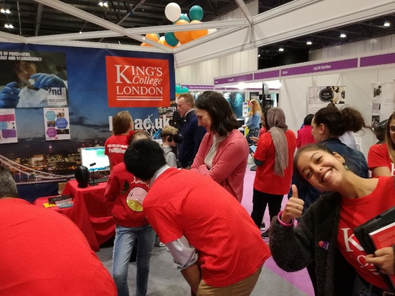 ​New Scientist Live
September 2018
REACH recently featured at the New Scientist Live (@newscilive) event at the ExCeL Centre in London, as part of the wider team of researchers from King’s College London. NSL draws a crowd of children and adults alike to engage with exciting developments across a wide array of scientific developments. Charlotte and Dan felt privileged to be able to demo the Virtual Reality equipment to an audience of inspired young minds, as well as experts in the field, alongside chatting more casually about the achievements and aspirations of the project going forward.
Science Museum Lates
July 2018
​
​Digital Mental Health Conference
May 2018
The REACH team attended the first Digital Child Mental Health Conference in May this year. The conference aimed to share ideas and stimulate discussion about the role of digital technologies in improving children’s mental health. Dr Charlotte Gayer- Anderson delivered an engaging presentation on using virtual reality to explore social anxiety in adolescents, as part of the REACH study.

Waltzing, schnitzel, and a meeting of over 350 experts in the field of mental health – the beautiful city of Vienna graciously hosted the REACH team at the 19th congress of the European Psychiatric Association. With a sneak peek at cutting edge research across Europe, and a platform to present new findings from REACH, this conference was jam-packed with opportunity.
Gemma (post-doctoral researcher and REACH project coordinator) brought her expertise on the relationship between physical and mental health to illuminate the links REACH have found between more activity and better diet on positive mental health outcomes.  Rachel (PhD student) put forward her ideas on how new social network analysis techniques can give us insights into the spread of antisocial behaviour.
The success of REACH presentations helped facilitate perhaps the most important part of this congress - the connections we made with individuals in our global research community. These relationships will create opportunities for exciting collaborations to come – watch this space! 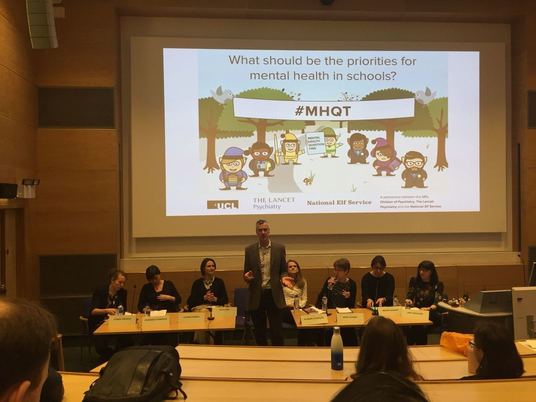 We were fortunate to be invited to speak at a panel discussion at University College London, hosted by the Mental Elf. The event focused on the priorities for addressing mental health in schools, and was especially important for REACH, considering the school based nature of the project.

​Gemma Knowles did an amazing job representing the REACH team. The discussion raised key questions about how best to support schools in implementing mental health interventions for students. The issue of the mental health of staff was also raised, particularly important in light of the increasing pressures staff face. Watch the panel discussion here and add to the discussion on Twitter using the hashtag #MHQT.

REACH abroad - Gothenburg Conference
December 2016
​The REACH team presented initial findings from the pilot year at an international conference in Gothenburg. The conference was a great opportunity to share our project with researchers from around the globe. At this point, over 1,600 pupils had taken part in REACH – we’re incredibly grateful to all the pupils and staff who have participated. The feedback we’ve received has been overwhelmingly positive. In particular, pupils highly rated the quality of the information they had received on mental health, and really enjoyed taking part in the study.
​Part 2 of REACH has launched!
December 2016

We started Part Two of the REACH project in schools in the first week of December. This part of the research involves individual pupils having a interview – or more like a conversation – with two members of the REACH team. We can’t wait to hear what everyone’s got to say!

The last few weeks have been a great success, as we have been into classrooms and hundreds of young people have taken part. Thanks to their helpful and keen attitude, REACH has got off to a great start. We are so grateful to have the ongoing support of some great schools and their brilliant students.
​
​Pilot study complete
5 February 2016

'It was fun and I find it great that you are doing research with young people.'
'I liked REACH, I learnt a lot.'

There has been a keen interest from young people in taking part in the second part of the study. This involves completing further questionnaires and a series of thinking tasks.
​
Please check back for further updates on how the study is progressing!