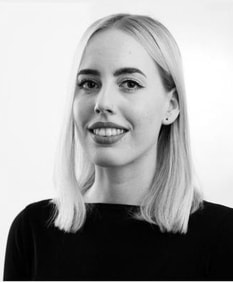 Holly is a PhD student working within the REACH project. Holly’s PhD is focussed on adolescent self-harm and the influence of both gender and peer-friendship networks.

Prior to starting her PhD, Holly was a Research Worker at King’s College London in Paediatric Epilepsy (2016-2020) on the Core Health Outcomes in Childhood Epilepsy (CHOICE) project. She developed the first ever Core Outcome Set (COS) for childhood epilepsy research in collaboration with young people with epilepsy, their parents and health professionals.

Holly has a background in Psychology. She completed a BSc in Psychology at the University of Roehampton (2016) and went on to complete an MSc in Clinical Mental Health Sciences at University College London (2017). She also worked as an Honorary Assistant Psychologist within the NHS.

Holly’s prior work with young people has inspired her to focus on adolescent mental health and to join the REACH team.
​
Email: holly.1.crudgington@kcl.ac.uk
Twitter: @hollycrudge